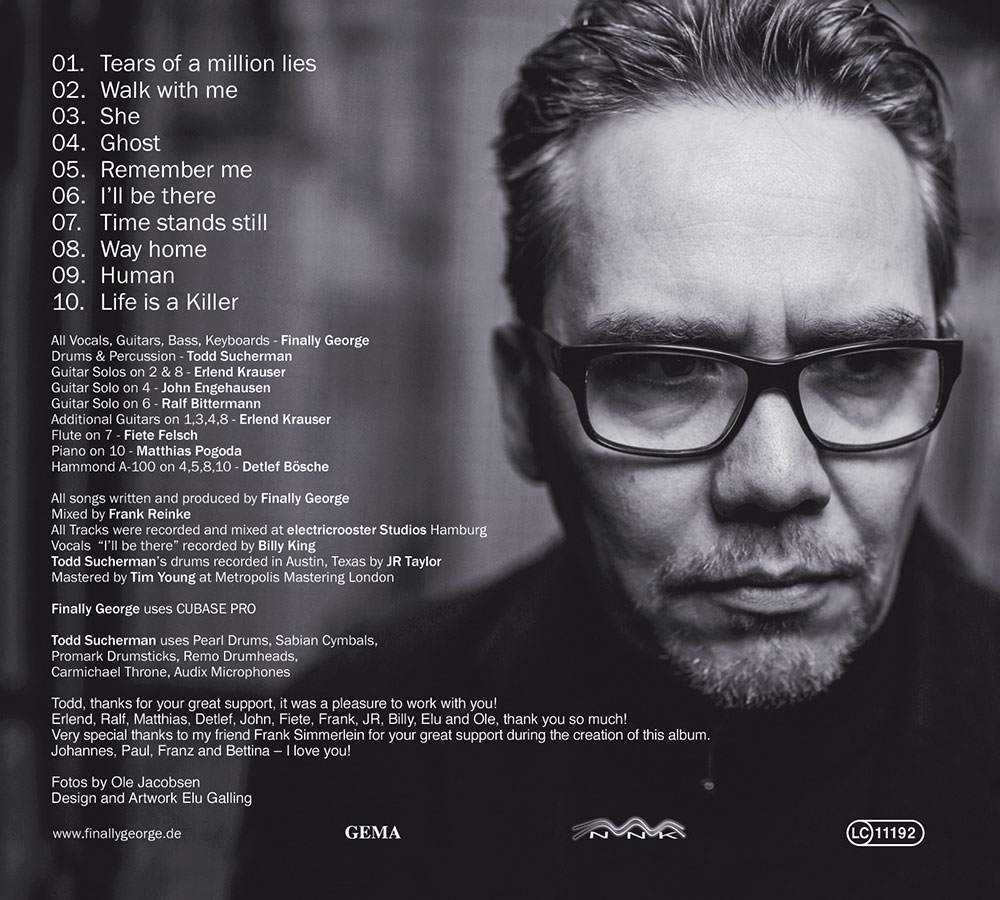 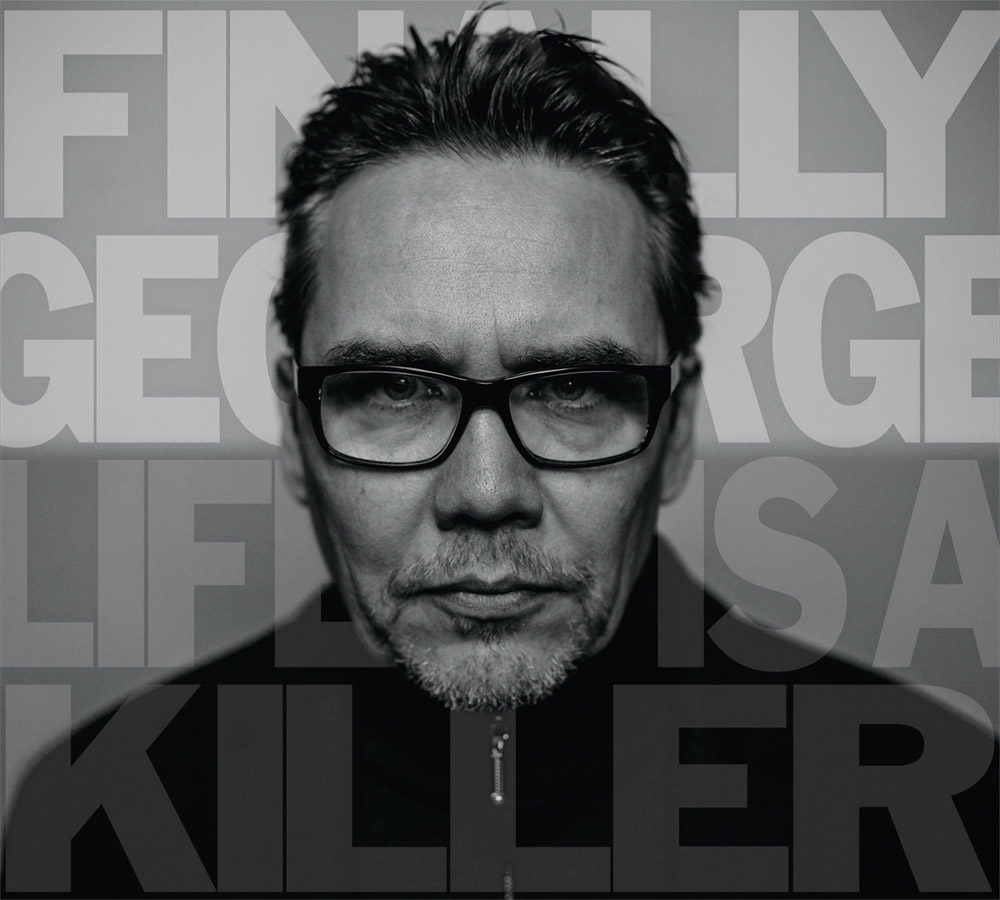 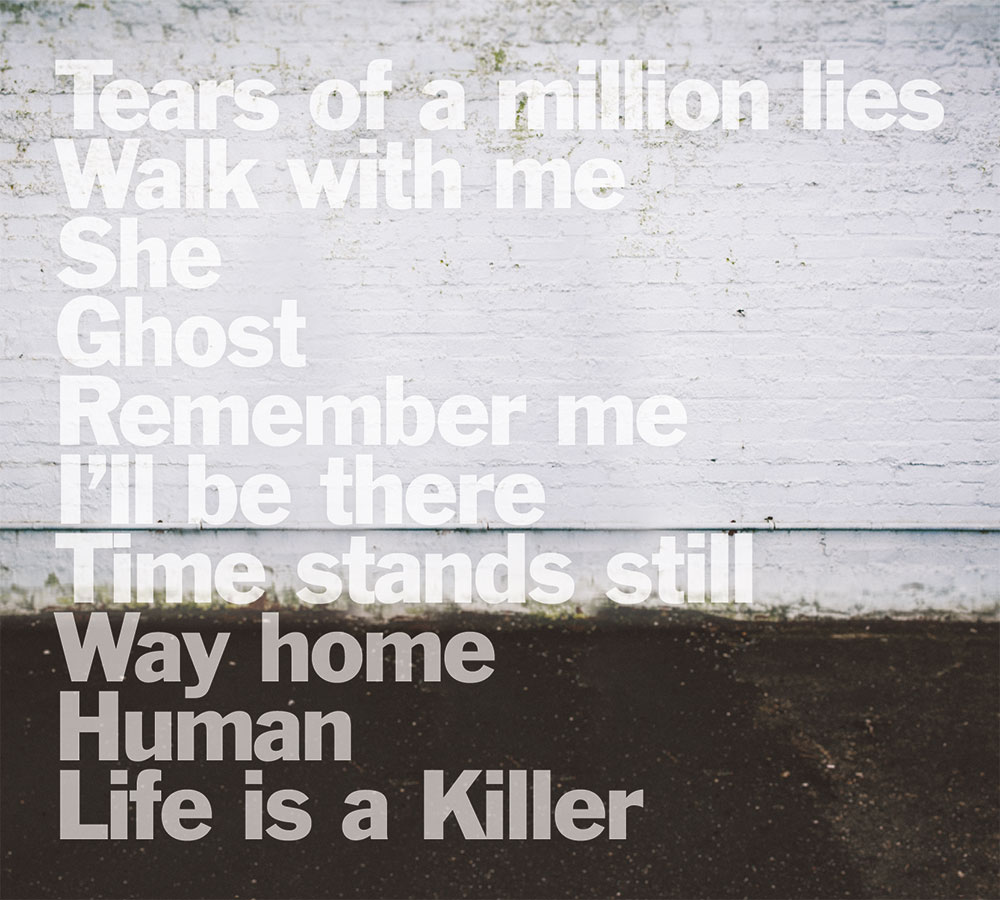 Finally George is the epitome of flawlessly arranged and recorded prog-rock pop music – endlessly deep tracks that ache with the pain of separation. With addictive walls of sound that repeatedly build up to monumental proportions.

What originally started as a private, non-commercial project has increasingly become more professional, which should come as no surprise given that Finally George is the brainchild of a well-known sound artist in Hamburg’s studio scene.

Here, he performs the roles of producer, session musician and commissioned composer. ‘I have always been inspired by progressive bands such as Genesis, Blackfield and Supertramp.’

For the percussion parts, he found someone whose name carries serious weight in the music business: Todd Sucherman, the drummer of legendary US rock band Styx, who works as an online session drummer in his spare time.

And he clearly loves it, as is apparent in the short videos of the Finally George sessions that he posted on Facebook – which have created plenty of international buzz in anticipation of the project.

The album also features Erlend Krauser (ex member of Lake), John Engehausen and Ralf Bittermann on guitar. The gnarled sounds of the Hammond organ come courtesy of Detlef Bösche, whereas George secured the services of pianist Matthias Pogoda for the title track Life Is A Killer.

The result is a prog-rock album with numerous melodious pop elements, mastered by no less a figure than Grammy Award winner Tim Young – the icing on the cake of such a visionary project.

Is it prog, pop, prog pop or maybe even a whole new genre? What really matters is the mastermind who goes by the name of George. Ultimately, it always comes back to George – Finally George.